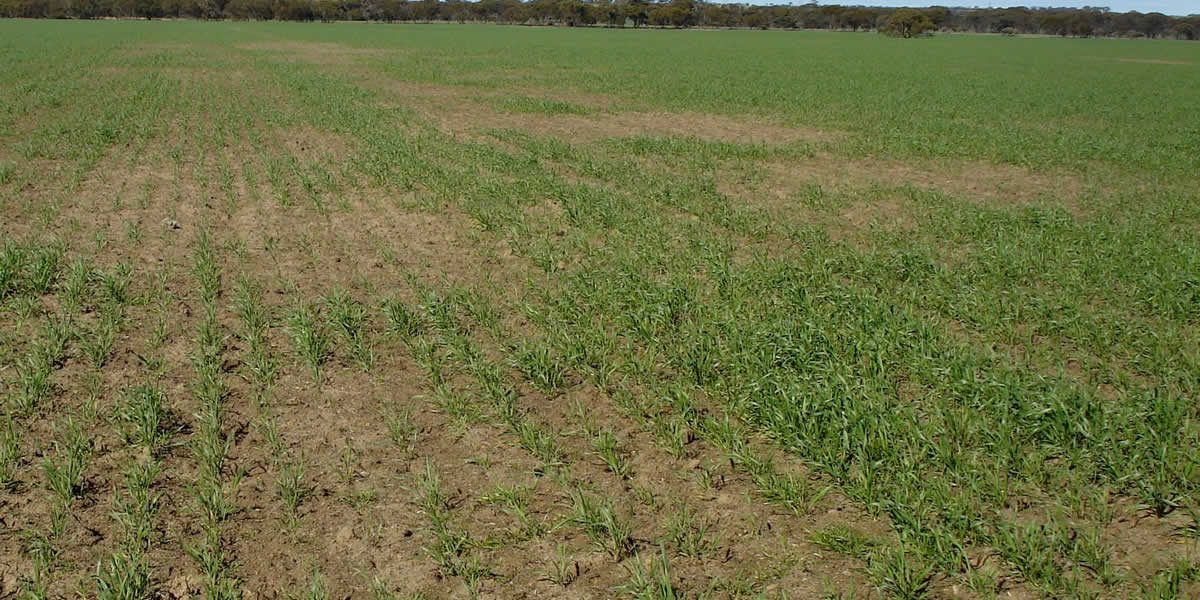 We are now in the middle of what has been a very active season for cutworm infestation.

Cutworm is a tiny larval grub that is about as long as your fingernail. They feed feverishly at night, and are almost impossible to see during the day as they return below the surface of the soil.

Generally the damage they cause works across the lawn like a tide. I have seen them eat out 10-15 square metres per day. The damage can start in multiple sites but generally seems to start in one area (possibly on the edges) and moves across the lawn each evening until treatment.

The larvae feed on the new growth leaves as they grow away from the stem. This affects the grass’s ability to recover after mowing and shoot new fresh leaves as the older ones senesce and die away.

If you get down on your hands and knees you will see a serrated edge (2-3mm per chop or cut) along the leaf edge. From a distance (5-10 metres away) the formerly green lawn takes on an almost light-lime-green then almost a golden color.

This is not the work of the much maligned African Black beetle.

What types of lawn do they inhabit?

The two main types of Cutworm I have seen in my travels are Sod Webworm and Lawn Armyworm. These are most commonly found chewing Soft leaf buffalos such as Sir Walter, Palmetto and St Augustine.

I have also seen damage in Seashore Paspalum (Velvetene).
I have rarely seen/diagnosed Cutworm in the Couch varieties. Perhaps the harder, narrower leaf isn’t as desirable to the chewing critters.

Instant lawns in their first 2-3 Summers seem to be worst affected, and some seasons are worse than others. Conditions that favour development seem to be prolonged late-Summer, early-Autumn humidity. I have rarely seen Cutworm pre-Christmas, but have seen damage as late as May and even June.

The key to successful control is to apply a control agent when most of the larvae are still very small. I use an insecticide and generally find one application is sufficient. In about 5% of cases a second application of insecticide is needed 15-20 days later. This is in the worst cases where there have been two or three life cycles and destruction is through 80-90% of the lawn.

Because cutworms are nocturnal, insecticide applications should be made as late in the day as possible. This ensures the insecticide is as “fresh” as possible when the caterpillars leave their burrows in the evening and begin foraging on the surface.

The insecticide is watered in lightly for 5 10 minutes; just enough to move the insecticide off the leaf and into the upper thatch. The area then should not be mowed for one or two days after application.